US Manufacturing Bounces Back In June On Reopenings 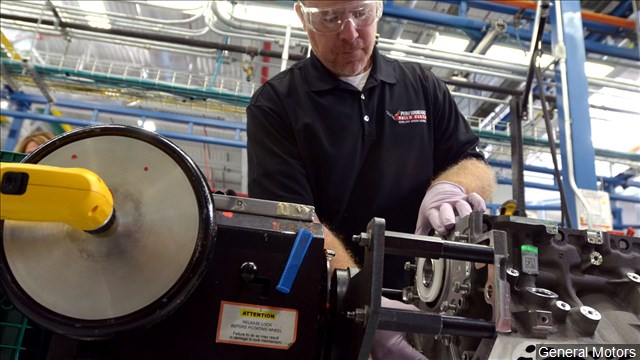 SILVER SPRING, Md. (AP) — U.S. manufacturing rebounded in June as major parts of the country opened back up, ending three months of contraction in the sector caused by the coronavirus pandemic.

The Institute for Supply Management, an association of purchasing managers, said Wednesday that its manufacturing index rose to 52.6 last month after registering 43.1 in May and 41.5 in April. Any reading below 50 signals that U.S. manufacturers are contracting.

New orders, production, hiring and new export orders all jumped in June, after they all declined in May but at a slower pace than in April.

Last week, the Commerce Department reported that orders to American factories for big-ticket goods rebounded by more than expected last month as the U.S. economy began to slowly reopen. Orders for manufactured goods meant to last at least three years shot up 15.8% in May after plunging 18.1% in April and 16.7% in March as the global economy came to a standstill.

Manufacturing was slumping even before the virus outbreak paralyzed the economy in March. The ISM manufacturing index has signaled contraction in eight of the last 11 months. President Donald Trump’s trade war with China had raised costs and created uncertainty that curbed investment, causing the world economy to lose some momentum.